A good turn out of members from all the local regions attended the above meeting. Race one saw Mike Saunders, in his yellow Cerbera, start from last place in the pit lane but come through the field to win the race. Our own Jim Walsh suffered a misfire throughout the race which turned out to be plug leads coming off the plugs. The second race Jim was far more competitive and stated he had the best performance so far this year, and had all four wheels in the air at one stage! The race ended early when John Seery went into the tyre wall, thankfully he was ok.

Pictures speak louder than words so here are a few. 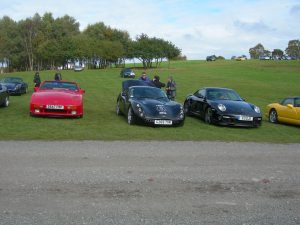 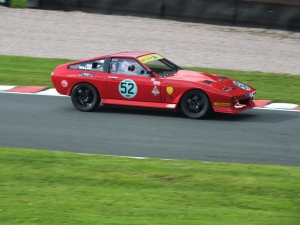